Recent media reports that Syrian government forces have loaded sarin nerve gas into aerial bombs mark a chilling escalation in Syria’s civil war that has raged for nearly two years and cost the lives of at least forty thousand people so far.

Syria is one of a handful of countries that have not signed the Chemical Weapons Convention, a treaty dating from 1993 that prohibits the production and use of chemical weapons and mandates the destruction of existing chemical weapons stockpiles. Syria’s Foreign Ministry insists that such weapons are to only be used to defend against external aggression. If that indeed were the case, why would they prepare to deploy them now? 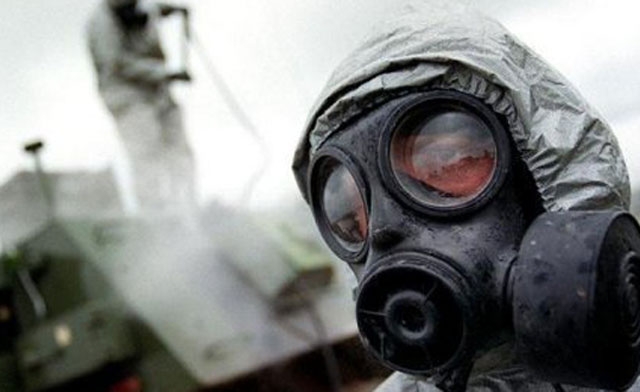 President Obama has said that Syria using chemical weapons against its own people would constitute a “red line” for the United States, but neither he nor Secretary of State Hillary Clinton have been willing to give specific plans for a response. Clinton said this on Monday: “I’m not going to telegraph in any specifics what we would do in the event of credible evidence that the Assad regime has resorted to using chemical weapons against their own people. But suffice it to say, we are certainly planning to take action if that eventuality were to occur.”

Such a nebulous statement reduces the credibility of American threats. Talk is cheap, and holding a press conference and talking about “red lines” without giving any consequences is pointless. The real question is whether President Obama would be willing to use force against Assad’s regime in Syria without explicit authorization from the United Nations.

The first and most important responsibility of any state is to protect the safety of its own citizens, and where a state refuses to do so or is itself the perpetrator of crimes against its people, the world community has a responsibility to act. This principle, known as the Responsibility to Protect (R2P) has been accepted by the United Nations as a norm of international law both by the General Assembly and the Security Council. R2P was used to justify the intervention in Libya, and the UN Security Council approved a narrow mandate for coalition forces to use force to protect the civilian population. The resolution did not authorize states to intervene in the civil war, force regime change, or attack Gaddafi directly.

That, however, is exactly what NATO forces ultimately chose to do. Russia objected forcefully when it came to light that France was supplying rocket launchers, anti-tank missiles and assault rifles to the rebel forces in Libya in violation of the arms embargo set forth in Resolution 1970. After the information came to light, the US supported France’s position that this was part of defending civilians. Russia had chosen not to veto the use of force to protect civilians because of the narrow mandate in the resolution; that was not supposed to be a blank check for NATO to intervene in the civil war itself, acting as the de-facto air force of the rebels that targeted Gaddafi directly and forced regime change in Libya.

NATO’s decision to reach past its mandate in Libya has made it more difficult for the responsibility to protect principle to be applied to Syria. The abuse of the UN mandate in Libya led directly to the vetoes of Russia and China blocking UN action in Syria that could save innocent lives. In the words of Ramesh Thakur, a former Assistant Secretary General of the UN, “the price of NATO excesses in Libya has been paid by Syrians”. The responsibility to protect was envisioned by the United Nations as a way to make humanitarian intervention more multilateral and the circumstances where it would be used more defined. By overreaching in Libya, NATO has undermined this goal.

So the question for President Obama is simply this: what are you going to do if Assad gasses his own people and Russia vetoes a UN sanctioned intervention? Will you stand by and watch tens of thousands more people die at the hands of their own government, or will you work outside the framework of the UN to save lives?