This week was a lot of fun. Friday was Polish Independence Day. One of my Polish teachers told me there would be a big event with a parade, with uniforms from many historical periods. 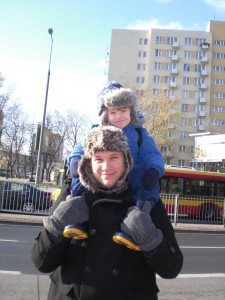 We knew it was going to be cold, so we got all eskimoed before we left.

We went down to the square by the Tomb of the Unknown Soldier. There was a huge crowd, and we weren’t able to get close enough to see very well. There were a few speeches. I couldn’t understand everything but I was able to follow the general ideas they were speaking about. 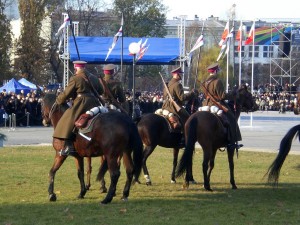 Here are a few lancers at the square. 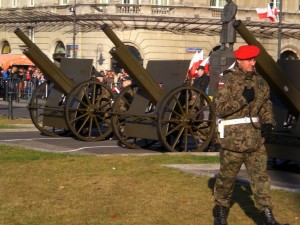 Here are the cannons they had at the square. They fired them during the ceremonies. It was quite loud and it scared Paul pretty badly.

After a while we walked to Krakowsie Przedmiescie where the parade was running down. Unfortunately, the crowd was so thick I couldn’t get very close, and most of these pictures I took with Paul on my shoulders so he could see. I wish we had gotten there early enough to get a better position. The end result was I didn’t get any really great pictures. 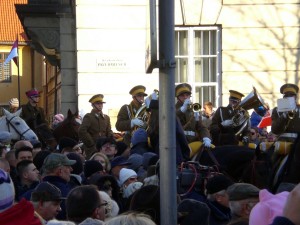 I imagine it’s pretty difficult trying to play an instrument while mounted. 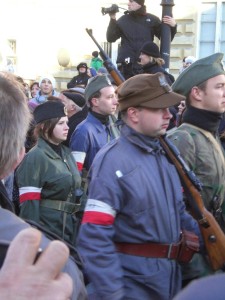 I think these people represent the Home Army that was the main instrument of the Polish Resistance during World War II. 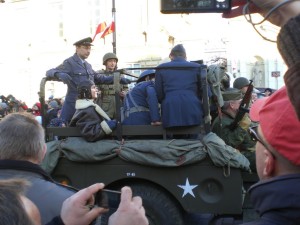 This looks like WWII era. The rest of the pictures I don’t know specifically when they are from. 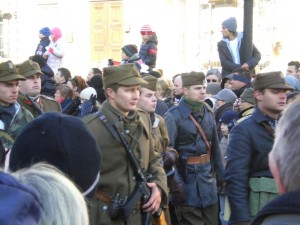 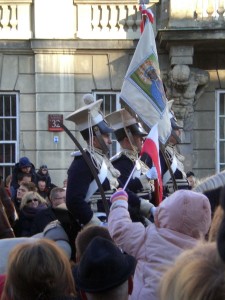 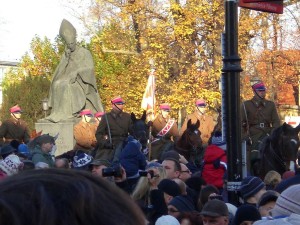 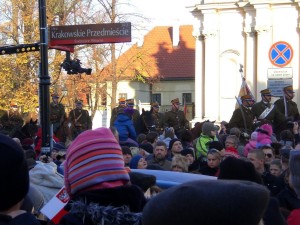 Since I wasn’t able to get any really good pictures, I thought I’d share these two, which were taken by Kate Gao, a Chinese journalist that is in my master’s program. She clearly has a gift for photography. 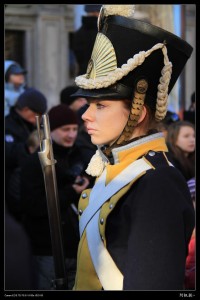 I love this dramatic portrait. 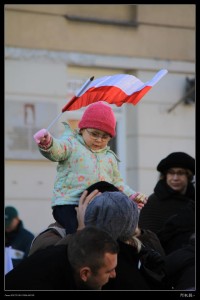 I think this picture really captured the spirit of the day. 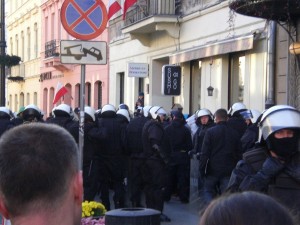 I saw a lot of police equipped in riot gear as we were leaving. It turns out that some demonstrations got violent so I’m glad they were prepared. 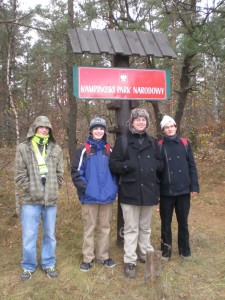 On Saturday I took the young men from our church out to Kampinoski National Park for a hike through the woods. From left to right you have Kai, Jake, me, and Dominik. Dominik is a Polish member who showed us the way into the park. He is preparing to serve a mission for our church. 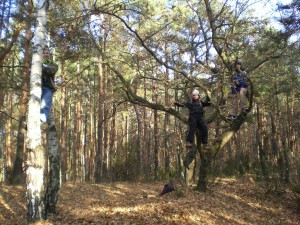 Poland is very flat, so we found the highest little knoll we could find, climbed a tree, and called it the summit ;). 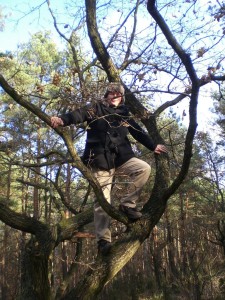 Naturally I had to join in the fun. 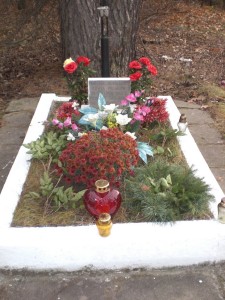 Here is a small memorial at the park. It says something to the effect of “This place was sanctified by the blood of the Poles that were murdered by the Nazis here.” 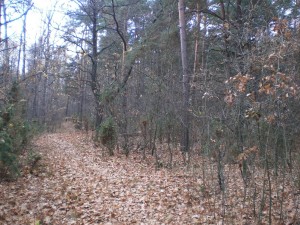 This is a shot of the forest we were walking through.

On Sunday we had a nice surprise: 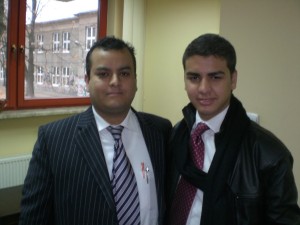 This is Joselin Riveros and his son. They are from Bogota, Columbia and are in Poland on business. They came to the young men’s priesthood lesson, giving me an opportunity to teach and testify of God in Spanish. Haven’t done that one in a while. Unfortunately Polish words kept creeping into my Spanish sentences. It was a great Sabbath.