I was privileged to attend a seminar on the European Union and NATO hosted by the Belgian Fulbright Commission. It meant a chance to see some of Western Europe and tour important international institutions that I read and write about every day.

On February 29, I flew from Warsaw to Brussels, the capital city of Belgium. It was a nice direct flight that would have been a lot nicer if my Kindle hadn’t decided to break while I was waiting at the gate in Warsaw.

After my arrival, we were taken by bus to Luxembourg. Thanks to the Schengen Agreement, traveling between many states in Europe is no different than crossing a state border in the US; there are no passport controls or papers as you cross.

That evening we had a briefing and reception at the residence of the US Ambassador to Luxembourg. It was a great chance to meet and mingle with diplomats and ask lots of questions. Unfortunately we weren’t allowed to take any pictures for security reasons.

The next day we got a tour of the European Court of Justice. 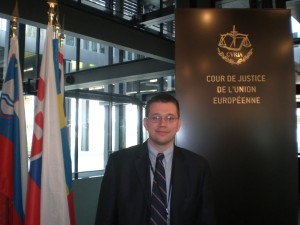 If you’ve never heard of it, it’s more or less a Supreme Court for Europe. While we were there we were able to watch a hearing for a pending case (C22/11 Finnair). Here’s a shot of the courtroom: 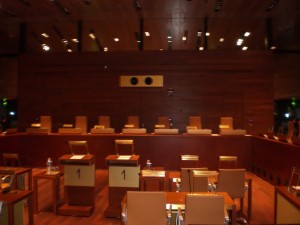 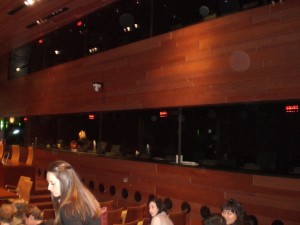 The specific proceeding we attended involved a Finnish airline. The airline’s attorneys were speaking Finnish, which was then translated into French (the working language of the ECJ), and then into English. The judges were speaking mostly English during the proceeding, but making references to documents in French from time to time. I was very impressed at the ability of the translators to keep up. From my own experience, translating isn’t that hard if the speaker stops after every sentence to give you time; doing a running translation is far more difficult. The case we saw is still pending, so I don’t know the final ruling yet.

These towers house the lawyer linguists that do the final translations of all ECJ documents: 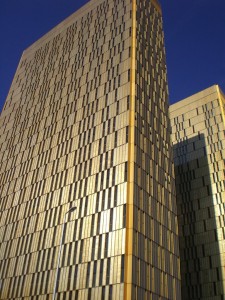 After the end of the hearing, we got to have a round table discussion with Koen Lenaerts (the judge that represents Belgium on the ECJ) and some of the ECJ staff. 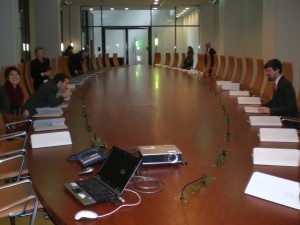 This semester I am taking a course on European Union law, so it was particularly interesting for me to ask one of the ECJ judges about some of the legal issues I was learning about at the university. Talking to this judge helped me select the case I would present a brief for at my class.

Most cases at the ECJ are heard by a small panel of judges, but occasionally all 27 judges sit in for an important case. This is done in the grand chamber: 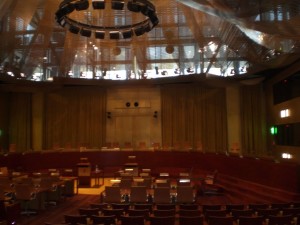 Here’s a shot of the ceiling: 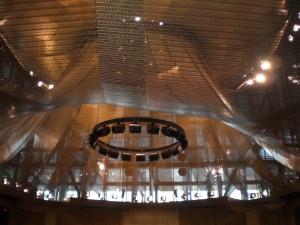 The European Court of Justice is a very beautiful building and it was great to be able to visit. The visit transformed the ECJ from an abstract distant idea to a real, living institution in my mind.

After that we visited the European Court of Auditors: 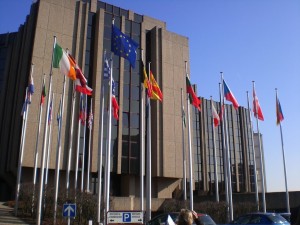 As the name suggests, this institution accounts for all EU spending. We had an interesting briefing from a Brit with a great sense of humor.

After that we went back to Belgium. On Friday we went to the European Commission, which serves as the executive body of the European Union. We had a variety of speakers on a number of different policy areas and I learned a great deal that I am sure will help my grade in my International and European Organizations class ;).

The Commission is a beautiful building as well with a number of interesting displays. 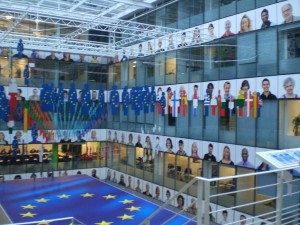 Here all the member states of the EU are arranged by population, and you can see that they are all different sizes: 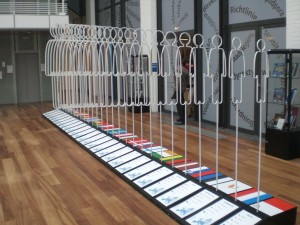 But if you look at it from one specific point, they appear to be the same size, showing symbolically the equality of member states in the EU: 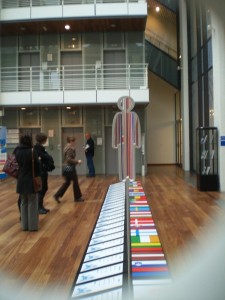 Saturday we were guests of the College of Europe in Brugge, Belgium. This university educates the future administrators of the EU. I learned there that there is also a campus for this school in Warsaw only a short distance from where I live; I had no idea. We had an interesting briefing from an economics professor there and discussed the sovereign debt crisis in depth.

Sunday we had the day off. I took the opportunity to go to church in Grimbergen, just outside of Brussels. Belgium has excellent public transit and I was able to take a pleasant train ride to Grimbergen. Walking through the quiet suburb on a Sunday morning was a nice way to clear my mind: 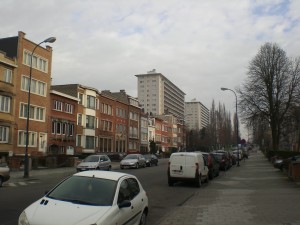 Here is the chapel there: 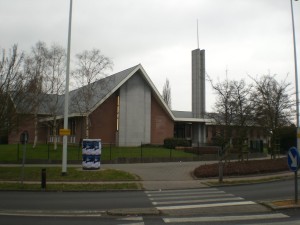 You get a sense of the multi-lingual nature of Belgium by the sign on the chapel: 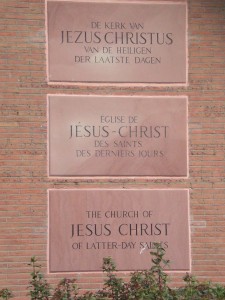 The meetings were in French with translation into English so I was able to fully participate. There happened to be both some Portuguese and Brazilian members there so my language skills weren’t entirely useless! It was great to be able to take a step back from everything and reconnect with God on Sunday.

On Monday we went to the Council of Ministers, the body that represents the member states of the European Union. We had a discussion in one of their meeting rooms. Naturally I sat at the Poland desk: 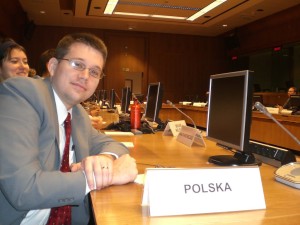 We also got to visit the US Mission to the European Union and have a briefing from a former member of the European Parliament.

On Tuesday we went to the NATO political headquarters and hear from NATO officials on a variety of issues.

Wednesday we went to SHAPE, the military headquarters of NATO and got to hear more about the military side of the alliance. One of the officers giving a presentation was a Polish colonel. After the briefing I went up and started speaking Polish; it caught him quite off guard. I imagine that doesn’t happen much in Belgium. I ended up having a nice discussion with him about Polish domestic politics (that part was in English; unfortunately my Polish isn’t that good yet!).

Overall it was an amazing trip. I feel like I understand European and NATO institutions far better than I did before. It was great to meet so many amazing people, both from these institutions and to meet other Fulbrighters from all over Europe. It was an experience I will always remember.

Walking around Brussels, I happened to walk by these two buildings. We never got a chance to see them on the inside but here are the pictures. This one is the Belgian Parliament: 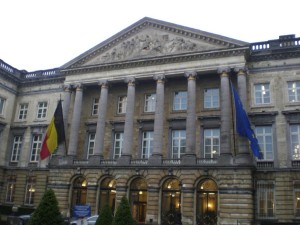 And here is another EU building for the Economic and Social Committee: 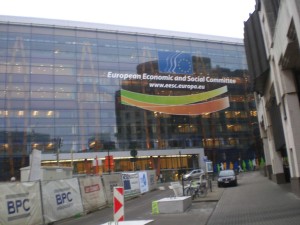 Next time I will share the pictures and commentary of the more touristy side of my visit to Belgium and Luxembourg. Hope you enjoyed reading about my trip.